“ It is in China, No Human Rights!”
－－7.29th Mr. Wu Zeheng was detained again, an eyewitness and victim at Mr.Wu´s home

On the night of 29 Jul 2014 11pm, in the residential area of Yinshi Yayuan, Zhuhai City of Guangdong province, more than 100 police suddenly showed up and searched everyone who entered the area. Police unreasonable searched the house of Vairocana Xing Wu (Mr. Wu Zeheng), who is the descent of Zen Buddhism, civilian commonweal advocate & the initiator of “Fasting for Charity & Good Deed Every Day”; as well as the house of some of his disciples.

I am one of the witness at Mr. Wu Zehang house:
On the night of 29 Jul 2014 around 11pm, when we (19 disciples and activists who came to visit Mr. Wu) sat down to have tea and proposed conversation, we heard brutal knock at door. Even before we went to open the door, it was broken, more than 20 police in uniform and more than 10 plainclothes police rushed in, shouting “Do not move” to us unarmed, and mandatory let us lying down on the floor.

Another 2 police, dressed in camouflage, rushed to 2nd floor Mr. Wu Zeheng’s room with armed rifle! The door of Mr.Wu’s room was broken. Mr.Wu was taken to downstairs, head in his hands.

Fellow initiates not willing to lying down were forced to the ground. One 65-year-old woman didn’t want to give up her dignity, was subdued by several police together. Another fellow initiate tried to push away police’s hands, was immediately double backhand, head to the ground and neck against cold muzzle! Knee injured. 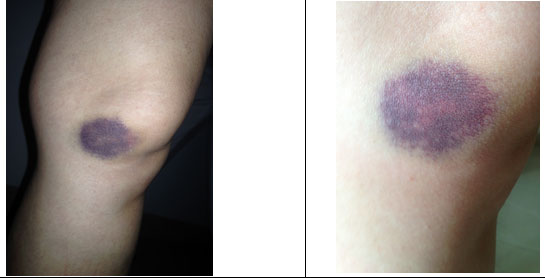 All mobile phones and bags were confiscated, all people disconnected with outside, helplessly watching their “law enforcement”. The number of officer commanding on the site is No. 082546.

More than half of our 19 people were put in one kind of Plastic Nylon handcuff, which would automatically tighten with a slight movement. Some people’s hands are dark blue.

Mr. Wu was taken to No.2 detention center of Zhuhai city separately.

It was 3am 30 Jul 2014 when we total 19 people taken to Gongbei police station of Zhuhai city. All mobile phones and articles were put on the floor for us to claim; and under their supervision, all these things were locked in cabinet.

Out of anger, I was too confused to challenged Police what this place was, why we were taken to here! They didn’t give any answers, and replied “you would know later” when they were asked impatiently. I said your unreasonable action impaired my legitimate rights and interests, not respect on my human right. Police with No 082546 immediately rushed to me and shouted “It is in China, no human right!”

In the people taken to police station, there were Norwegians and French. I said you had no reason to do so, and shall pay attention to international influence and China’s Diplomatic Relations. Some police seems to be convergent.

We were divided into 2 rows, face to face, taken to spatial separation for body searched one by one. This is the 2nd time body searched! Then, they let me signed on a paper. When I pointed out that they should give me one copy, concerned party and police hold one counterpart. I was once again roaring rebuked “How troublesome! You don’t need to sign!” They pulled my hand holding pen rudely.

Then I was taken to another room, experienced criminal identified in Police station which I can only see in movies: take photos of face, left-side, righ-side; ring figure of right hand was pricked to collect blood sample.

I was doubt & asked questions on those process, police seems to discussed & shouted at me unscrupulously: “Only you are so troublesome, don’t take diplomatic relationship as excuse”

One side of passageway is locked windows, slogan on the wall “No absolute right, and no absolute freedom!” On the other side is cell. 3-5 people shared one cell.

From that time on, long and boring inquest started. We were taken to inquest room one by one, and were asked those questions would bring unique “thinking” again and again.

Except simple self-introduction, questions focus on Mr. Wu’s personality. Through obvious induction, no matter what your answer was, they can get conclusion that: Mr. Wu’s purpose is ahead-for more money by taking disciples; Mr Wu’s private life has problem; Mr. Wu’s writings are copied… etc.

My god! Mr. Wu was described to such a person! Whether they are one person? I was totally confused.

Mr. Wu Zeheng, international celebrity, the founder of Hua Zang Dharma, the 88th successor of Buddha, make painstaking efforts to introduce Buddha dharma, benefit all sentient beings for more than 20 years, wrongfully imprisoned for 11 years, regardless of personal gains and losses, call for“Fasting for Charity, Good Deed Every Day” and “Mutual Love among All Citizens”, gain hundreds of thousands people’ follow & respect both domestic and overseas, and achieve international fame for China. However, China government suppresses and tramples him again and again.

Such kind of inquest last for 2 hours each time; you were taken back to cell when your spirit confused and disoriented. It was hot & airless in cell; open style closestool can flush a shit. Metallic iron stool can just hold one person width. When you slept on iron stool, dopey and drowsy, you would be woke up by the voice of shouting of police and knocking on iron window, it meant you’d be arraigned again! After we were tortured 3 times repeatedly, it was 11pm of the next day.

After writing guarantee letter, I was released finally. I was at a loss when I was free again. It is the country where I was born and brought up, I never felt so cold and strange!

Gongbei police station of the night:

Up till now, they still remain in jail:
Currently Mr. Wu and some of his relatives and friends were declared to be detained, total 19 people. Detained personnel and place we know listed below:

No.2 lockup of Zhuhai city: Bihailantian
P.S. Benming, May, Weisu detained place is unknown.
(In order to protect personnel privacy, above are all network names, and detained place may be changed in the later)