#Earthquake Express# The official measurement from the China Earthquake Network: 08:02, Beijing time, on April 20, an earthquake of 7.0 on the Richter scale occurred in Lushan Suburb, Ya’an city, Sichuan province (at latitude 30.3 degrees north and longitude 103.0 degrees east), The quake occurred at a depth of 13 kilometers below the surface. (Forwarded from 12841 Wangyi Microblogging) 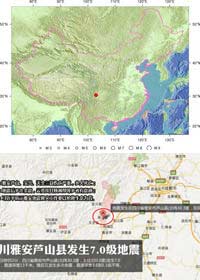 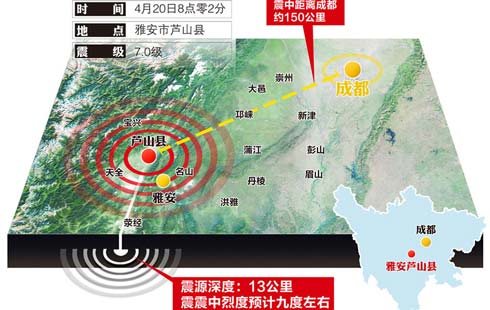 Through the global activities “F & D” initiated by Mr. Wu Ze Heng, a few Norwegian and several Chinese people who live in Europe showed their sympathy to the people affected by the earthquake, although the Chinese Foreign Ministry issued a statement rejecting international aid for Ya-an. The people affected in the earthquake disaster really need help !

In April, “F & D” in Europe charitable activity donated money for the Earthquake disaster in Ya-an of China.

Some of “F & D” group members donated the money saved from fasting, and some donated money as their “Good Deed Every day” !

The donation information is as follows: 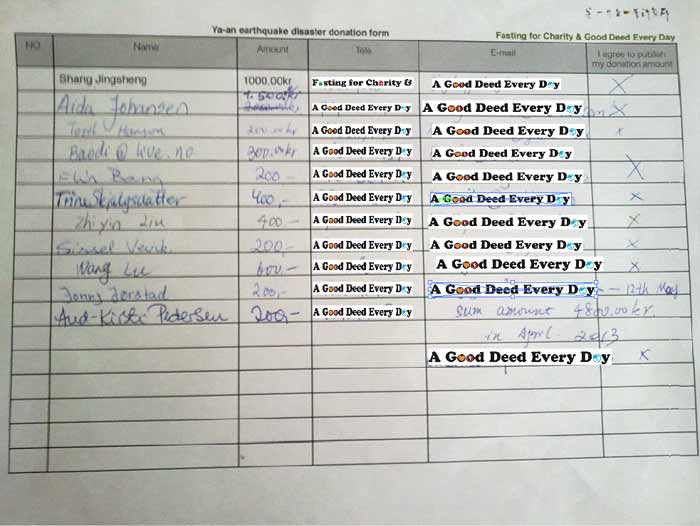 The donation money(before April) was taken to China by Bjørg Lein Størmer(who works at SAS) and Jan Størmer. On 7th May, Jan Størmer remitted the money to the Account of the “F & D” group in China.

The donation money(after April) is remitted from the account of HZDCOE in China.